While employed as a Media Lab Resident for The Economist, I was tasked with dreaming up products that could help the publication expand into new markets.

The Economist Eco is one of the ideas I presented, which is a daily, short-form news briefing app, with content written by The Economist editorial staff. Viewswire was another project with a similar goal, but was designed specifically for readers of The Economist Intelligence Unit – an in-house research service which provides for-hire forecasting and analysis. 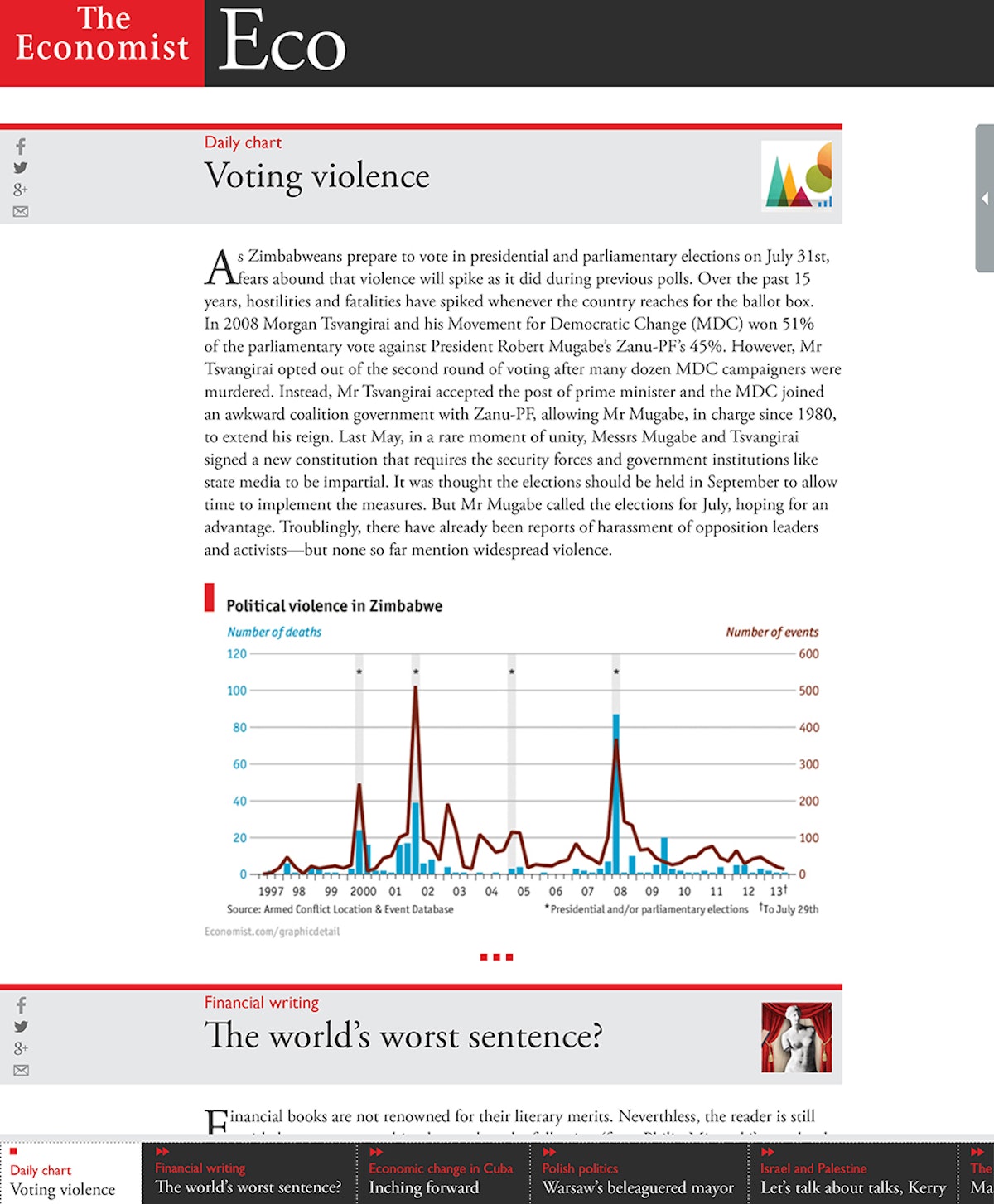 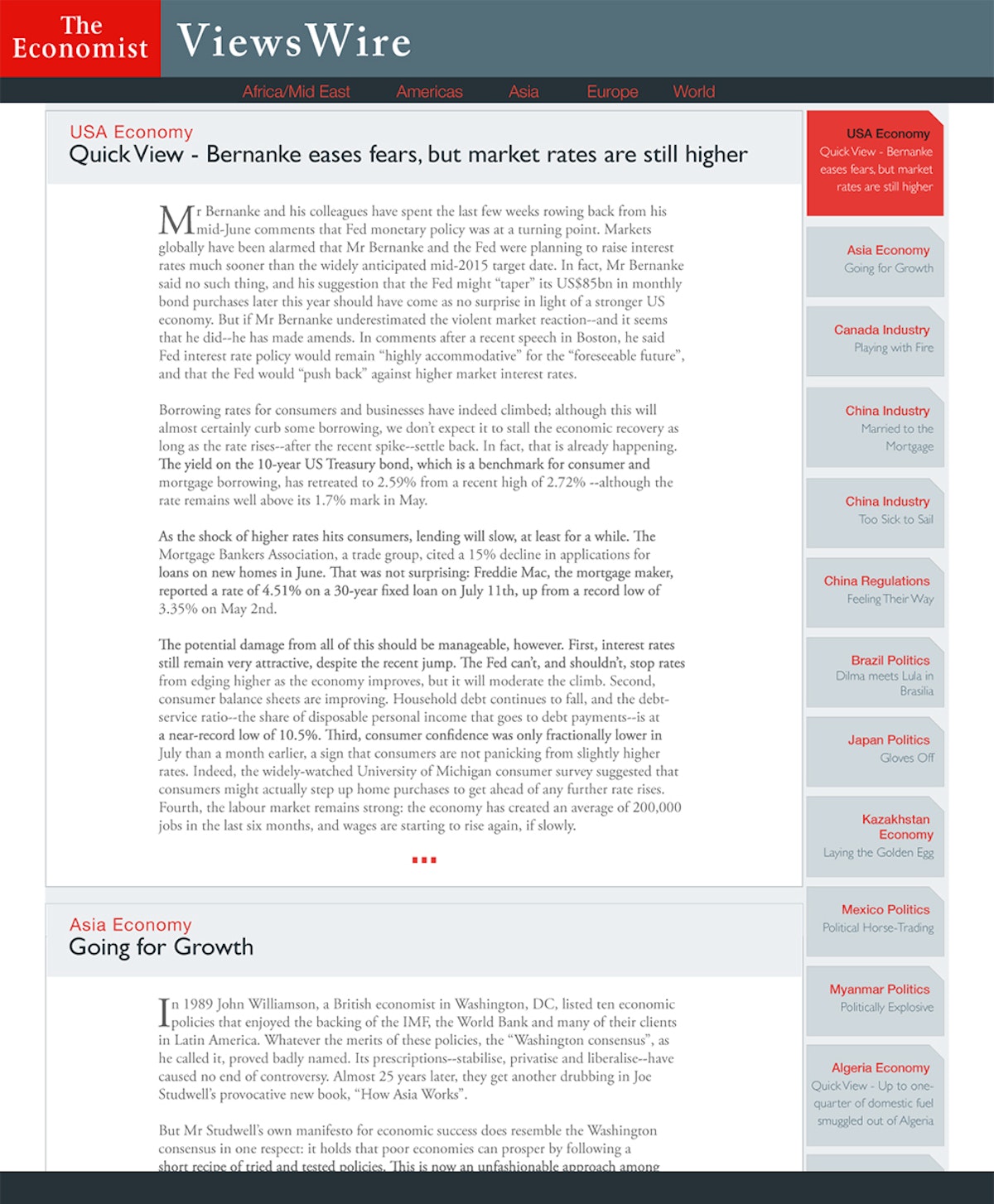